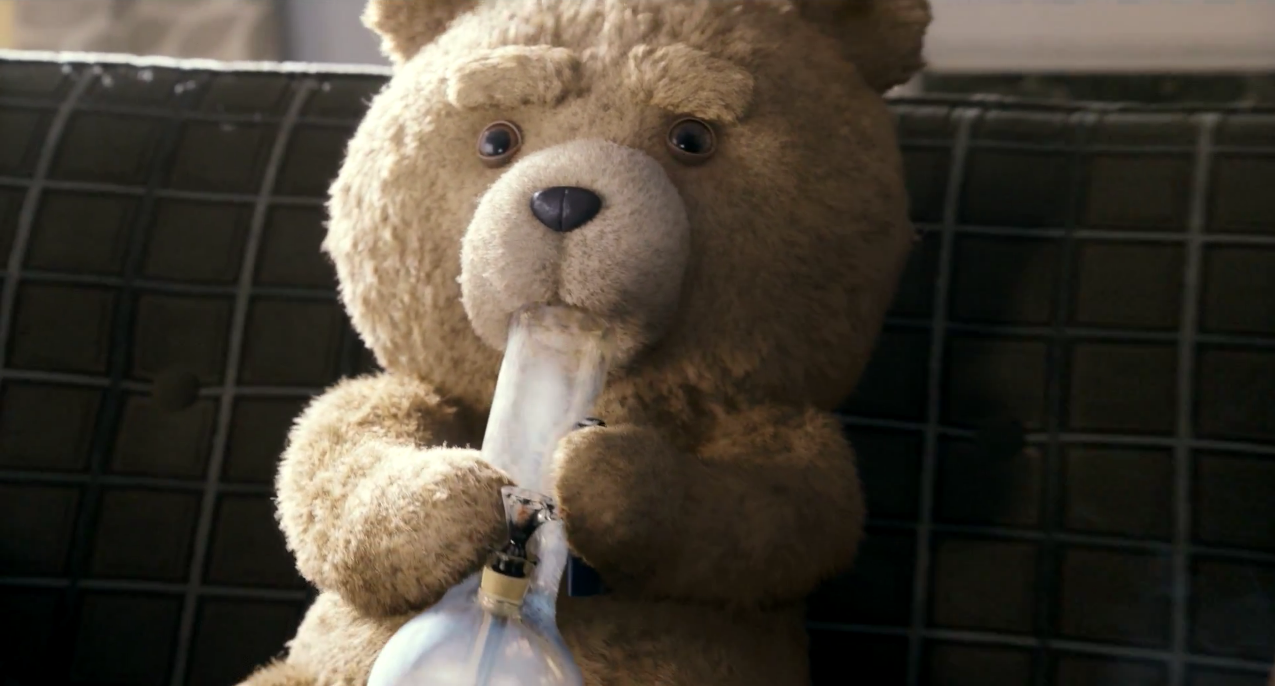 The Saddle Dome was packed this afternoon. Sadly the majority of people there weren't real hockey fans. Just people there to throw teddy bears on the ice. These two fat women behind me were arguing about where the Ice played. One kept saying Cranbrook the other was giving her shit saying no they play in Kootenay. I know times can be tough but I am pretty sure even on welfare a person would be able to afford to buy a teddy bear for a child at Christmas. You want to make a kids Christmas next season have the Xbox throw. Could you imagine 19,000 fans hucking Xbox's and Play Station 3's onto the ice.
The Hitmen came on strong right out of the gate.Every player looked hungry to be the one to score that first goal. They should almost have Teddy Bear night every game. They had a ton of chances. Mackenzie Skapski made some terrific saves his defencmen were nice enough to allow him to have so many shots. Why go to goalie school when your defence can just be lazy and give you all the practise you need in the game right? Then with just over 6 minutes remaining in the first Padakin scored on a beautiful pass from Macek. Then down came the bears, thousands of them. Then I assumed that they would of put a bulldozer on the front of the trucks and pushed them all out of the rink. But they brought bags out and the Hitmen and volunteers bagged them. Then after that they cleaned the ice, then finished the period, then had a 2 minute break, and started the second period.
In the second period exactly 2 minutes in Alex Roach scored his 7th of the year from Macek and Jones. 8 Seconds later Rissling and Mike Simpson dropped the gloves. Rissling got the upper hand in that one. Laterin the second period Brock Montgomery put the ice up on the board with a goal assisted from Sam Reinhart. Montgomery scored a hat trick against the Hitmen last time the Ice were here in their 4-0 win.
Then in the third period Greg Chase got a pair of almost identical goals from the left side of Skapski at the hashmarks to make it 4-1. 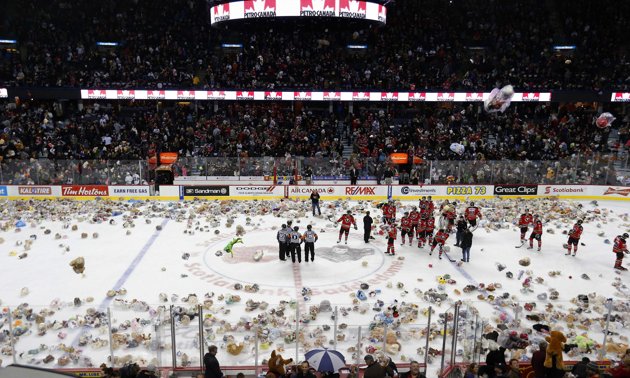 Then with just under a minute left in the game Hurley added insult to injury to his old team by dropping the gloves with Jagger Dirk. The Hitmen played well very well. The Ice played as they look on paper and not like a great team the last time they were at the Dome. They are young and its going to be  a long season. Skapski had a solid game in net for the Ice.
Next up is in Cranbrook on Tuesday..
Posted by CalgaryHockey at 17:16

Get Your News Widget